The Trials and Triumph Trilogy: 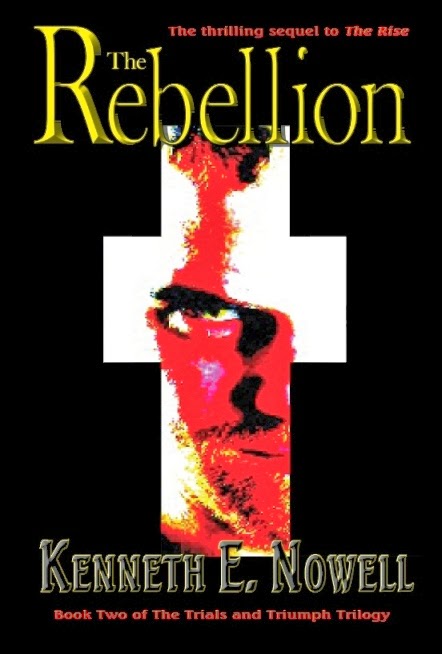 Puppet masters control governments.
Tech titans control privacy.
Scientists control human life.
The dawn of the Shining Darkness has been foretold through saints...
along with God's climactic plan
to end the evil
and reward the good.


A bizarre monastery death sets the world's political,
economic and Spiritual forces on a collision course,
careening to the climactic end of the Age.

The Rise is Book One of The Trials and Triumph Trilogy,
epic thrillers that race around the world,
through the tumultuous centuries of Christian history.
This riveting fictional account was written in 2009,
but reads like global news reports,
ripped from the front pages of today's major newspapers.

Highly researched,
The Trials and Triumph trilogy is based on
true but little-known prophecies of saints. 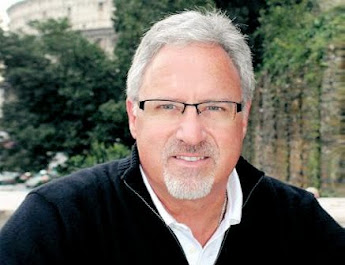 was elected to the West Virginia state legislature, defeating the Speaker of the House, among others, at the age of 29. Since then, he briefly practiced law in South Carolina, but went on to own and operate a variety of successful companies, including startups and turnaround entities in three states. His business and religious endeavors have prompted travels to unusual and interesting destinations, allowing Ken the benefit of writing from experience about interesting locations. Ken earned his B.S. in Business Administration from West Virginia University, as well as Master of Business Administration and Doctor of Jurisprudence degrees from the University of South Carolina. Today, he lives, writes, prays and sails on the Treasure Coast of Florida where he is a sacristan, altar server and Eucharistic minister at his local Catholic church. He is the author of works of fiction and nonfiction and -- along with his wife and high school sweetheart, Betsy -- author of the #1 best selling Vatican Travel Guide: Rome and the Vatican - Guide 4 Pilgrims. Ken's blog can be found at www.MiraclesAndProphecies.com.

Backpacking the ancient pilgrimage trail to the tomb of St. James the Apostle, in northern Spain.

La Via Francigena: A pilgrim's adventure on Rome's "El Camino"

Catholic Newbie Discovers More of the Faith with Guide 4 Pilgrims:

From Rome and the Vatican - Guide 4 Pilgrims.

Insights into Rome, the Vatican, and the Guide 4 Pilgrims:

Christian NewsWire, on the Guide 4 Pilgrims:

Popular new guide to Rome and the Vatican

For more information on these and other great Catholic books, visit:

For more information on miracles and prophecies, visit:

REVIEWERS PRAISE THE RISE
“... very cleverly written ...
about the power of sin and its influence in the world....
[The ending] was very much a surprise;
it brings all storylines together and is dramatic ...
[and] hard to put down ...”
CatholicFiction.net
“... paints a fascinating picture....
Nowell’s obviously in-depth research ...
gives the story an eerie edge of reality.”
Michelle Buckman
Author of Rachel’s Contrition
“... highly recommended ...
a riveting story
with plenty of Christian history weaved in,
[it] will be ... hard to put down ...”
Midwest Book Review
(5 stars out of 5)
“... more twists and turns
than a Hollywood thriller...
one imaginative writer!”
Brian J. Gail
Author of Fatherless
"... a fascinating read.
It is a work of high spirituality and deep drama.
The research is meticulous
and the story line is totally engaging...
a book which is sorely needed by our society."
Paul Turk
Author of Love on Trial